The second quarter of the season begins sort of awkwardly for the Nittany Lions. After their matchup with the Pitt Panthers on September 14th, Penn State has a week off before traveling to College Park, Maryland to face Maryland (5-7, 3-6 BIG) on Friday, September 27th.

There is a lot more to be known than is known about this Maryland squad simply because the last two years have been a whirlwind of drama and injuries. New head coach Mike Locksley (3-31 as a head coach), who most recently served under Nick Saban at Alabama, looks to finally bring a sense of consistency to the program. Additionally, grad-transfer QB, Josh Jackson from Virginia Tech could provide a spark at the position the Terps have desperately been seeking.

By Week 5, we will know a little more about the Terrapins as they host Syracuse in Week 2 and travel to Temple in Week 3. The game against the Orange should be a solid measuring stick for this young team. If Maryland rolls into the game against Penn State 3-0, it will have a Super Bowl-like feel to it. Maryland has already canceled class in preparation for the Nittany Lions.

Locksley definitely has Maryland shelling in the right direction. The question is how long is it gonna take for everyone to jump on board. Luckily for Penn State, the Nittany Lions encounter the Terps early in the season–hopefully while they are still experiencing growing pains. 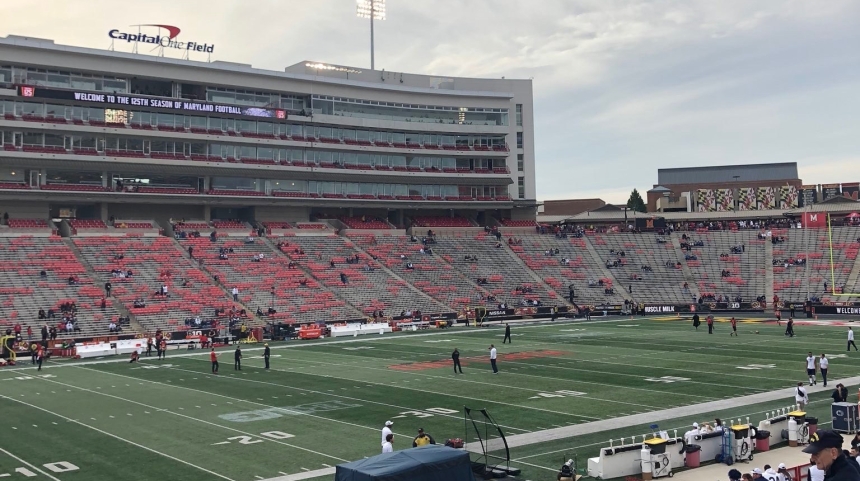 Let’s start up front where the Terps are abysmal. Maryland has 34 sacks in the past two seasons and has failed to stop the run. To make matters worse, three seniors graduated and a fourth transferred from the program. Furthermore, Austin Fontaine, a prized defensive recruit from the 2018 class has moved to the other side of the ball. Oluwaseun Oluwatimi (22 tackles) and Keiron Howard (22 tackles) will look to anchor what is an inexperienced defensive line.

Again, the linebacker corps is very much the same as the defensive line when it comes to inexperience. Tre Watson was arguably the heart and soul of the 2018 defense and is gone. That leaves Isaiah Davis (96 tackles, 2 sacks) to step up even more from the past year. The Terps will deploy a 3-4 scheme and do return both Durrel Nchami (15 tackles, 4.5 TFLs, 1 sack) and Bryce Brand (3 tackles, 2 TFLs). They will play slightly new positions on the outside in this new scheme.

The defensive backs are the most exciting and deepest part of this squad with 19 players on scholarship. The biggest loss from a year ago is Darnell Savage Jr. Otherwise, the secondary is loaded with experience. Antoine Brooks Jr. (68 tackles, 9.5 TFLs, INT) is back  at safety while the other safety, Antwaine Richardson tore his ACL in the spring. Meanwhile, both corners return in Tino Ellis (23 tackles, INT, 11 pass breakups) and Marcus Lewis (11 tackles, 2 pass breakups). This group was impressive last year and looks to continue such success.

As stated earlier, Josh Jackson is the presumed starter for the Terps. Jackson acquired quite the resume at V.T. and it would be shocking to me if he didn’t get the nod. To be fair, Tyrrell Pigrome put together a decent outing last year, but is not as much as a threat in the passing game. Regardless of who starts, Maryland is looking for its first season in three years without an injured QB.

One way to keep a quarterback healthy is blocking for him. Maryland lost three offensive linemen from a year ago. Sean Christie (6th year) and Terrance Davis will be back at the two guard positions. Marcus Minor will start at right tackle while big time recruit, Jaelyn Duncan will get his shot at left tackle. Johnny Jordan didn’t start last year at center but he does have experience. However, there is not a lot of experienced depth behind these starters.

The Maryland offensive line was much better at run blocking than pass blocking a year ago so look for the Terps to keep the ball on the ground in 2019. Anthony McFarland Jr., Javon Leake, and Tayon Fleet-Davis combined for 240 rushes, 1,674 yards, and 16 TDs and all return. Don’t be surprised if Locksley tries to get the running backs involved in the offense as much as possible, especially since Maryland’s returning receiver, Jeshaun Jones (22 catches, 288 yards, 5 TDs) is out for the season with injury.

This is the fourth installment of Penn State’s Prey 2019: If you have missed the first three you can find them here: Idaho, Buffalo, Pittsburgh.